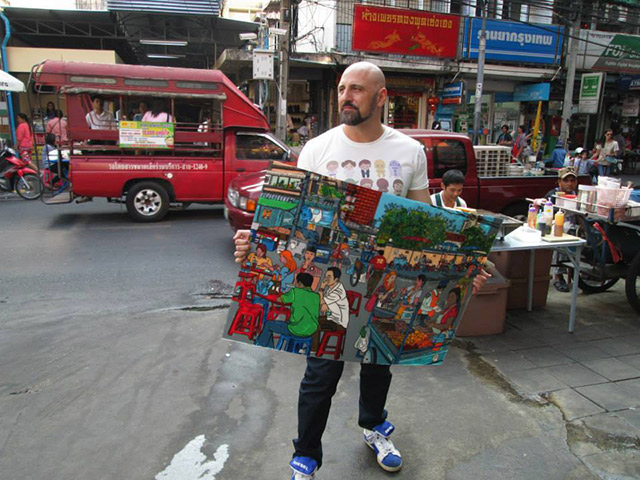 I am a Spanish painter, illustrator and graphic designer born in Barcelona. Currently based in the vibrant Bangkok, Thailand.

Our lives interlace without our conscious perception, a precious material that makes easy to achieve an excellent story to talk about.

Who watches my paintings is able to create an own plot. I invite everyone to invent what will be the forthcoming step in the life of the characters. I ask for any hesitation to go beyond, because each viewer has the ability to keep the painting alive. Thanks to an ensemble of different opinions we get some contradictions, agreements and conflicts, thus the paintings manage to share the content of life itself.

People are the reason of my work,my characters are human beings looking for someone or something, finding their way in life or just a bit lost. Favorite elements that help me to build the perfect scenery: the crisscross look between two people, the body language play and places where people love to date.

I have just said characters are basic in my work. However, objects which are around get the same importance. If someone asks me about what I would carry to a desert island, my answer is everything, as life consists of persons and feelings, but also things and objects. Our belongings express how we are.

Most beautiful design is near us: a coffee maker, a clothes peg or a gas cylinder. Our eyes have often seen them, quite exhausted of their constant view, consequently we do not appreciate their value, as sentimental art masterpieces, objects which will be substituted due to technology or latest fashion.

In the absence of these items, we will remember them with nostalgia. These invisible and daily life objects are essential in my paintings.

Locations are a key matter for me: buildings, streets or urban spaces, like a bus stop, a shop or a club, places that constitute the perfect settings for my characters.

We spend most of our time in popular and ordinary spaces, obviously the ones where we get more chances to meet interesting people”.

This is my personal description of the characteristics of my work: a contemporary, urban and free painting style, a mix of feelings, people and street iconography, focussing in big cities as the main subject. 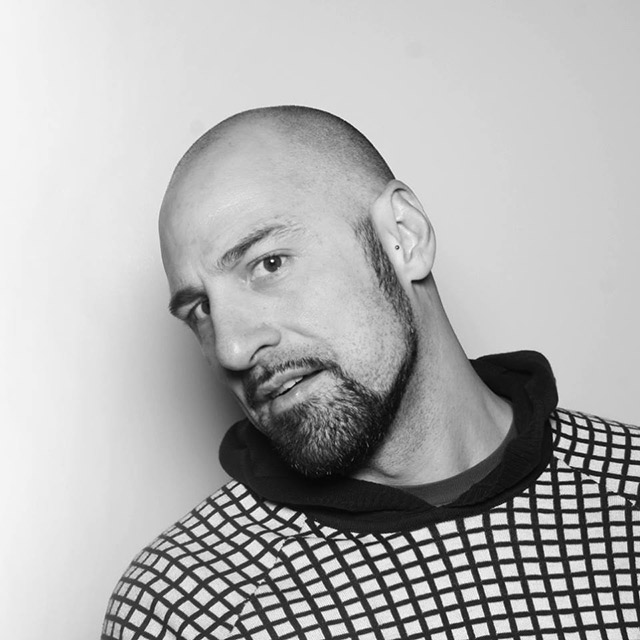 BIOGRAPHY:
Daniel Monfort Gil, born in Barcelona in 1974, studied in The Llotja Advanced School of Art and Design, established on January 23, 1715, by the Barcelona Board of Commerce, the oldest school of design in Spain. He graduated after three years focusing on painting, sculpture, photography and illustration, and two years devoted to graphic design. Interested in ceramic art,. The range of his designs covers from watches until company image, simultaneous works with the production of oil paintings and ceramic items first, painting on glass later, an old technique reinterpreted by Monfort. Absolutely fascinated by urban life and urbanites, his paintings have reflected the city of Barcelona in some series. Many trips to Thailand made him a Bangkok´s lover, a feeling that pushed him to settle in the City of Angels in 2009.