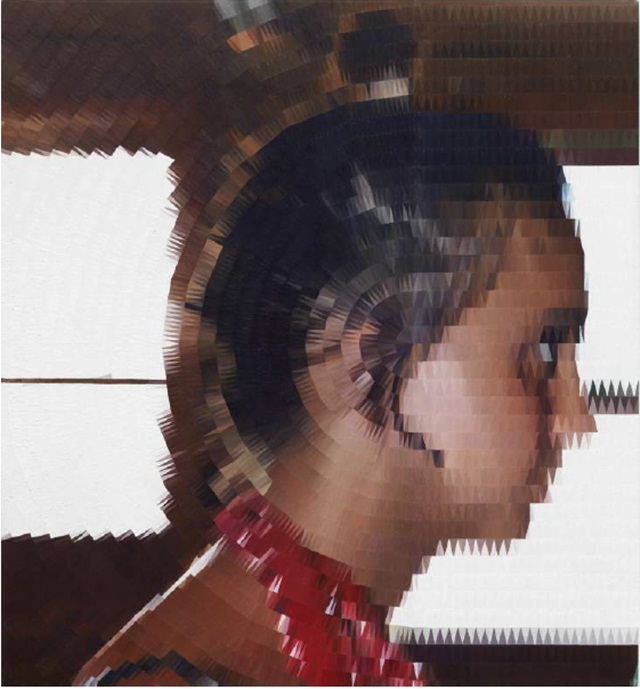 From 26th May until 18th June, Triple V gallery will present the work of American artist
Alex Brown for the first time in Paris with the exhibition Internal Empire.
Born in 1966 in Des Moines, Iowa, Alex Brown is a painter and designer. A follower of figurative painting,
bordering on abstraction, his meticulous compositions refer to Optical Art and Pop Art.
The subjects of Alex Brown’s paintings are found in the press or on the internet. He subsequently decomposes
them by applying imaginary frameworks or exaggerated pixilation, then once re-focusing the image within a
virtual composition it is realised in the most classic of media, oil paint.
Alex Brown’s work has been exhibited, most notably at the MoMA PS1. It has also been shown at the galleries
Feature Inc. (New York), Blondeau F.A.S. (Geneva) and Minmin (Tokyo). His work is included in several
public collections in the US and across Europe and in 2000 he was awarded the Richard and Hinda Rosenthal
Foundation Award.