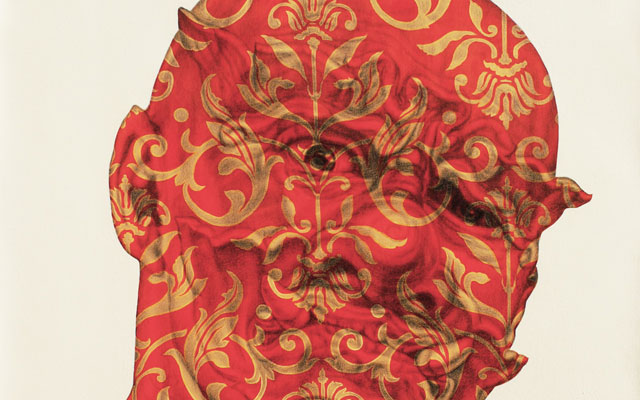 Jirapat Tatsanasomboon is one of Thailand’s leading artists whose works display interactions between Thai and Western culture. In this exciting new series, the artist has become more political than ever; he reinterprets the story of Nonthok of the Thai national epic Ramakien and brings such issues as class, integrity and abuse of power to the forefront. This makes the series not only relevant to the on-going political crisis in Thailand, but also universally elsewhere. 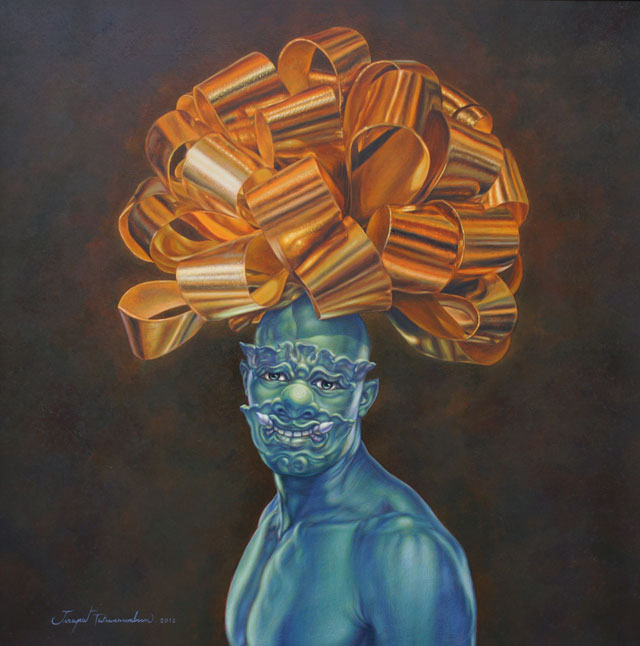 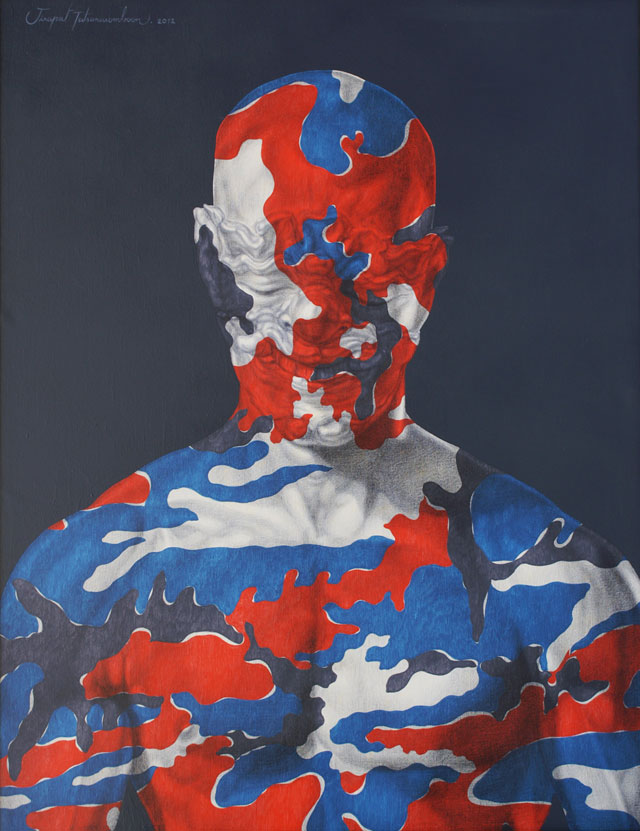 The artist’s re-reading of this politically-loaded sub-plot of the Ramakien focuses on the mind and desires of this subservient-turned-enraged demon Nonthok—who is later reincarnated as the ten-faced Thotsakan (Ravana), the arch rival of Phra Ram (Rama). The series makes clever use of the western elements in ways that mark a new phase in the artist’s long-standing passion for intercultural experimentation.

Jirapat Tatsanasomboon, 41, holds a Master of Fine Arts degree from Silapakorn University.  Apart from Thai exhibitions he has also been widely exhibited – in Korea, Hong Kong, Singapore, the USA, India, Argentina, Monaco and China (Olympics, 2008).  His paintings were displayed at the ArtScience Museum in Singapore in 2012 in the exhibition Andy Warhol: 15 Minutes Eternal. His works regularly sell at internatio

Tags: The Desires of Nonthok